Hey there! It’s September and that means that it’s time to share my August traffic numbers! Every month I share my traffic stats to show what my numbers are, how I use social media to drive traffic to my blog and to share that it’s okay to have lower numbers. Many traffic reports show these big numbers and make newer bloggers feel disappointed about their numbers. Remember, it’s not always about the numbers. You can have lower numbers but a tight-knit community. Stop comparing, and do you! 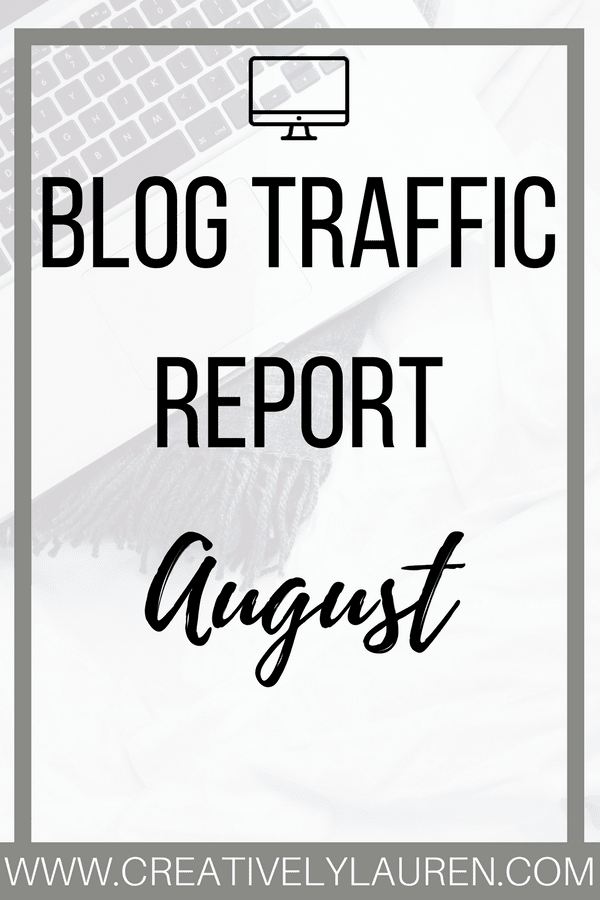 I still am using Google Calendar and IFTTT to schedule my tweets for me.

I also ended the month with an average of 49,740 monthly viewers and 2,883 average monthly engaged users.

I ended the month with 258 visits and 309 listing views. I also had 9 favorites, 1 was a shop favorite and 8 were listing favorites. Unfortunately, again, I didn’t have any sales this month. However, last month I did open a second Etsy shop that sells the stickers that I originally opened my shop with! So, go ahead and check out Arizona Designs Co Stickers: azdesignscostickers.etsy.com!

Happy Monday! Today I’m back at school to finish the second half of the semester. I only have my night…

This is a sponsored post about the Softlips Cube that I received complimentary from Influenster. All opinions are 100% my…

Happy hump day! With the end of January fast approaching {already?} it seems the only thing we can think about…

Happy Monday! I can’t believe that it is already the end of November and almost the end of 2015! I’m…

Happy Thanksgiving! Since today is Thanksgiving, I think back about everything that has happened since last Thanksgiving. This year has…

Happy Tuesday everyone! Today I want to tell you about Marley Lilly’s Monogrammed Tassel Bracelet! These bracelets are double linked…