We are already halfway through 2016! Can you believe it? Since June is over, it is time to share my blogging statistics from the past month! This month, I will admit I slacked a lot. I feel really bad about it. With the start of the second half of 2016, I’m looking to ramp back into high gear and get things off the ground! 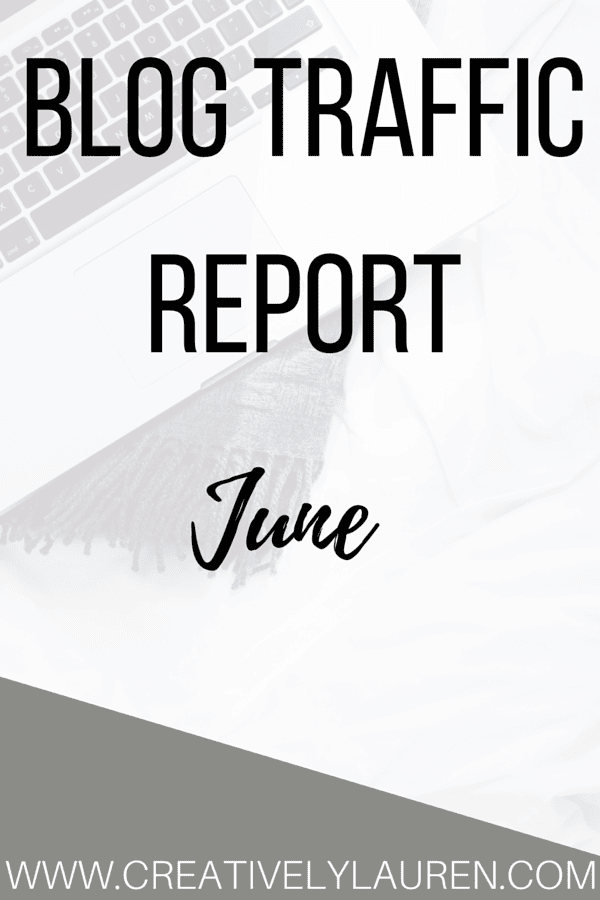 So, this month I did pretty well. I don’t think I did as well as last month, but I still did pretty well. My stats were close to what they were last month, which is why I’m semi-disappointed. So, let’s get to the actual traffic. Here are my Google Analytics stats. I posted five times in June, and had around 1,900 pageviews for the month; which is about 900 less than last month. 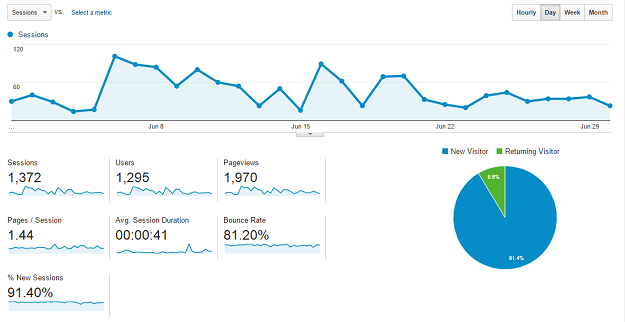 So, for this month I had 1,295 users, which is less than I had last month. My bounce rate was right around 81% which is within the same range as last month’s. 91.4% of my 1,372 sessions were new sessions, which is about the same as it was last month.

My Pinterest stats were about the same as they were last month too. I had 77,768 impressions and 38,545 viewers for the month of June, which is right on par for what I had last month. I ended the month with 653 followers {which decreased a little after the first of the month}, which was 119 more followers than last month.

For Twitter, I ended the month with 94,379 impressions, which is about 40,000 fewer impressions than last month. I definitely think I dropped the ball with Twitter this past month. There were a lot of days that I didn’t even do my daily Buffer, and I felt horrible about it. Part of it had to with I had no phone for a week, so I couldn’t really keep up with Buffer when I was at work, because the phone I was borrowing couldn’t really handle it.

I’m trying to get back into Instagram. I’m posting quotes and other pictures, I’m trying it again, trying to come up with a “theme” and be more consistent. I’m starting July with about 150 followers, so I’ll update on how that is going next month. You can follow me at @creativelylauren to get some creative inspiration! I’ll see you over there! Also, let me know what your Instagram tips are!

I hope you enjoyed this month’s traffic report. Let me know what you have done to gain more traffic and a following that cares! I’d love to hear your suggestions!

Hey everyone! I recently bought Maybelline’s new {relatively} FIT ME! Matte + Poreless foundation! I got this during my Target… August Blog Traffic Report (2019) Hey there! Another month has come and gone and that means that it’s time for…

If you follow me anywhere, then you know that we have a cat named Jingles! She is our cute little…

I can’t believe it’s already the end of September! With that, it’s time for my September favorites! Runescape Runescape is…

Happy Tuesday! Can you believe there are only ten days until Christmas!! Oh my goodness! I hope you have all…