Hey there! Today I’m sharing my March 2017 Blog Traffic Report! I love doing these traffic reports! Every month I share my traffic stats to show what my numbers are, how I use social media to drive traffic to my blog and to share that it’s okay to have lower numbers. Many traffic reports show these big numbers and make newer bloggers feel disappointed about their numbers. Remember, it’s not always about the numbers. You can have lower numbers but a tight-knit community. Stop comparing, and do you! 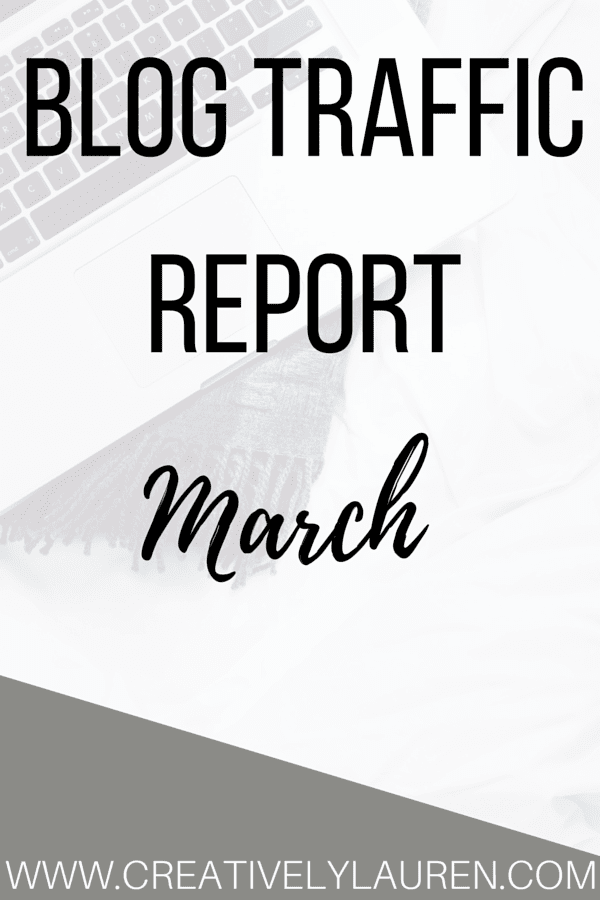 So, let’s get into my numbers for March!

This month I had 542 users that made 972 pageviews. I also had a bounce rate of 76.60%. I was consistent again in posting every Wednesday, however, traffic-wise this month was just slow.

For Twitter I had 31,000 impressions and ended the month with 852 followers. I didn’t have that big of a jump in followers but my impressions on my tweets did jump.

I continued to use Google and IFTTT to schedule my posts. Next month, I want to try to change up the content on my Twitter. I also started using promoted tweets to see what would happen

My Pinterest also slowed down, like my traffic did this month. I began employing Tailwind at the very end of March and I can’t wait to share how this may have helped my numbers in April!

I ended the month with 100 subscribers, again. I didn’t really do anything to try to gain any more subscribers. I also didn’t send out any emails. I’m still stuck on what to send to my audience.

I ended the month with 822 views, 340 were general shop views and 482 were listing views. I also made 1 sale! I also used promoted listings to generate traffic to the shop and those listings gained 1,637 impressions and 17 clicks to the listings. Once again you can view the shop here. 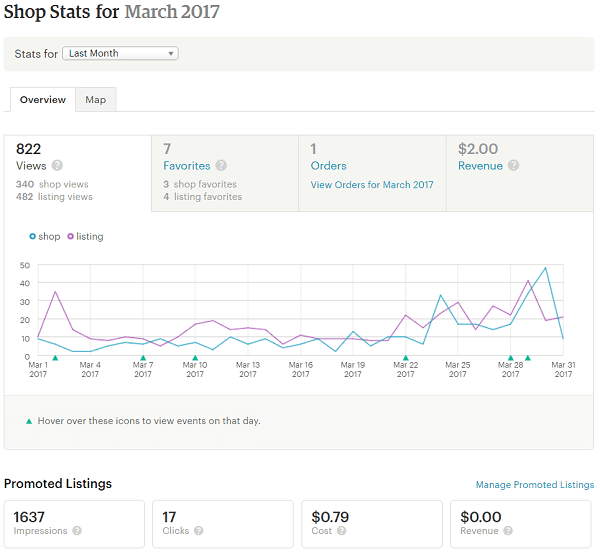 I hope you enjoyed this month’s traffic report! Are you a blogger that shares your traffic numbers? Let me know, I would love to check them out! Hey there and happy Friday! Today I wanted to share the love and share with you some blog posts that…

Happy Friday everyone! I hope you had a great week! Here are this week’s favorites! One Bean Boots: So on…

Happy Friday everyone! I only have three more Friday’s left! The official last day of class is May 1! Alright,…

Moving into the dorms is an exciting time. You’ve already met {or talked to} your roommate and you’re ready to…

It seems like men are the hardest people to shop and buy gifts for, maybe it’s because they don’t really…

Happy Friday! My first week back at school is done! Six weeks left! With that being said, here are some…