It’s the first day of February, already, and that means that it is the month that Fuller House is going to be released on Netflix {internally screaming}. In short, Fuller House is the Netflix produced spin-off of the show Full House. (Originally aired in 1987, yikes!} The series aired from 1987-1995, with the reruns airing still today! Growing up, I watched this show all of the time, and I’m pumped for the spin-off to come out! 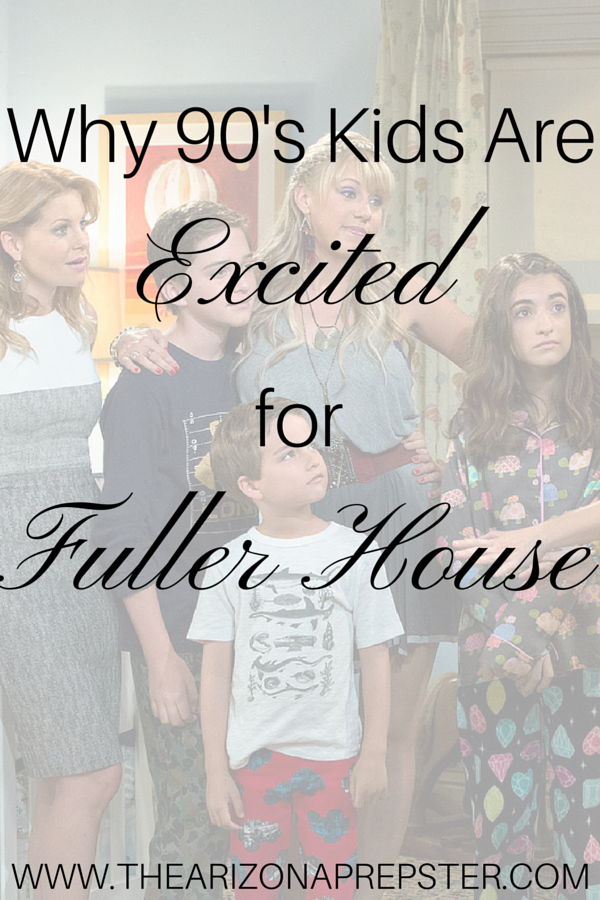 Fuller House follows a recently widowed DJ Tanner, with three sons. She comes to live with her sister Stephanie, and best friend Kimmy, who has a daughter. {Sound familiar yet?}

When the announcement of this spin-off came out, I was so excited and so were so many people around my age! Growing up with full house, I was sad when I reached the end of the series {on re-runs of course} and the frequency of the re-runs airing became less and less.

In recent years, so many shows have been getting their own reunion shows/spinoffs, especially the shows that 90’s kids grew up with! So when Netflix announced they were bringing back Full House, people went crazy! That’s because Full House followed a non-typical family and was funny and basically relatable.

Seeing a show come back with the same cast is almost like growing up with them. You watched them when you, and they, were younger and now they’re coming back older and it brings back nostalgic memories. Even listening to the cast talk about the show and how they’re feeling about it brings tears to my eyes!

Are you ready for Fuller House?

For many recent graduates, summer has officially begun! This is your final summer before you head off to college, possibly…

Happy Wednesday! I know I didn’t post on Monday, but I have been crazy busy with midterms, which have taken…

I can’t believe that 2015 is almost over and so is my first full year of blogging! This year has… Hey there! This quarantine thing has me all out of wack, but I’m not alone. So many people are experience…

Hey there! It’s September and that means that it’s time to share my August traffic numbers! Every month I share…